Holding a giant bottle of water and a plastic bag full of steamed buns, a man with unkempt hair and awkward speech addressed the media. It was a far cry from the stereotypical image of a university professor.

Wei Dongyi, an assistant professor in mathematics at Peking University, has grabbed the attention of tens of millions in mainland China after his extraordinary talent as a mathematician became a viral sensation online.

Wei’s shy and unsophisticated style was shown in the interview when he was asked to say something to encourage high school graduates preparing for an upcoming university entrance test, and he just said, “Cheer up. Welcome to Peking University. I don’t know what else to say.”

After this interview clip went viral over the weekend, more of Wei’s personal information was dug up by domestic media to satisfy the public’s increasing interest in him.

The public soon learned the 29-year-old scholar is so talented that he is called “God Wei” by his peers for his maths problem-solving abilities.

Wei won gold medals at the International Mathematical Olympiad twice while a high school student. He was admitted to the PKU’s mathematics department without sitting for the entrance examination. The university’s mathematics course is currently ranked 19th in the QS World University Rankings.

His high school teacher Zhang Yonghua told Shandong Business News that Wei once refused an offer from Harvard to study as a PhD candidate even after the American university said he did not need to take an English entrance test and that they would provide an interpreter.

At PKU campus, Wei is famous not only as a maths legend but also for his simple lifestyle with a focus on his maths research. Less flatteringly, he is also called by some the school‘s “ugliest teacher”. 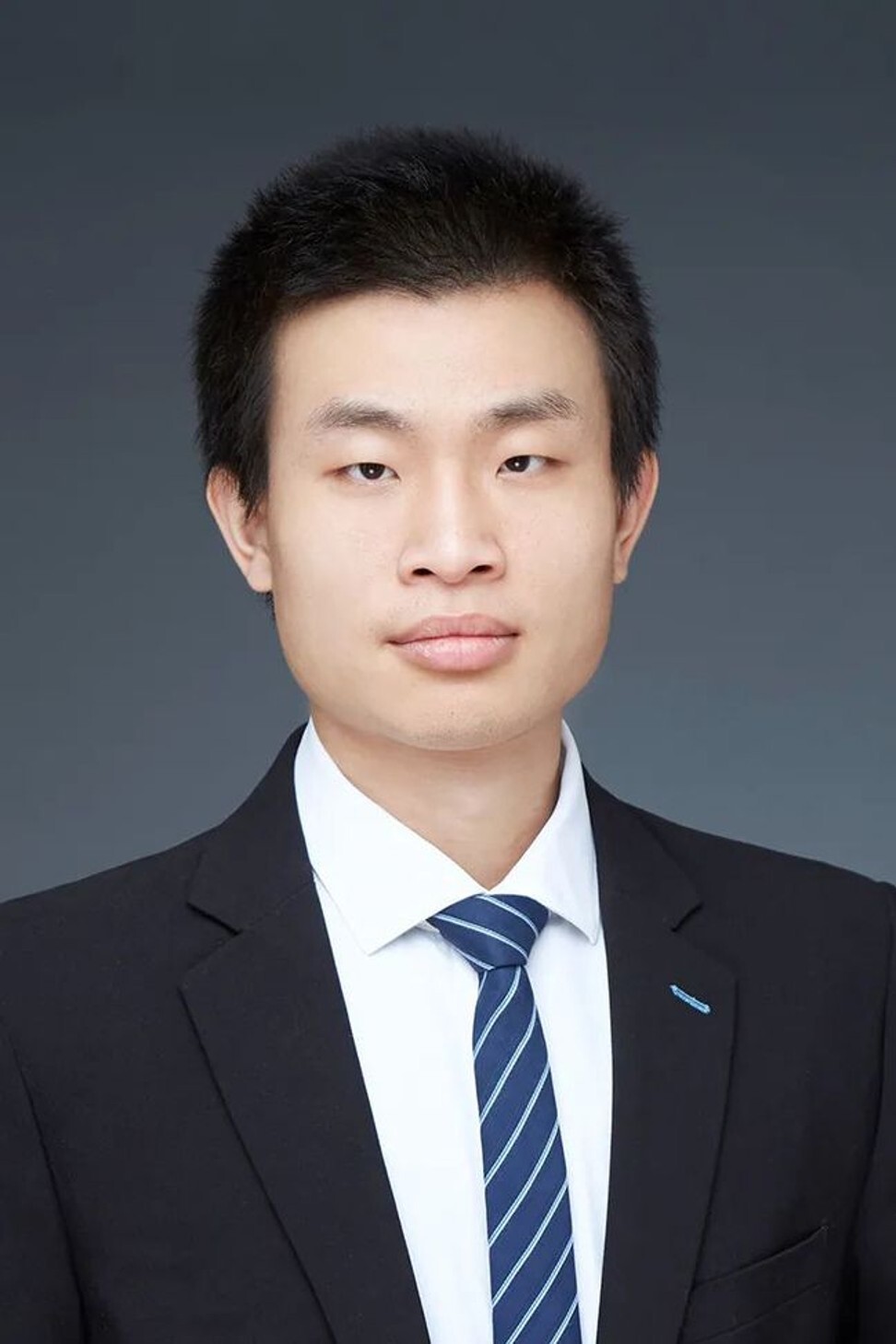 Wei Dongyi has won many awards and is seen as a genius by those who know him. Photo: Baidu

“Among thousands of PKU students in the school, you can recognise God Wei with one look because no matter which season it is, he always carries a 1.5-litre plastic bottle and walks fast,” a man surnamed Xiao who was Wei’s classmate at graduate school told the Hangzhou-based City Express.

“He refills drinking water into this bottle. Someone asked him why he did this. He said it’s environmental,” Xiao said.

“He is a disciplined person. We often saw him eat steamed buns accompanied with tofu in the canteen,” said Xiao. “He studied well and he won scholarships of over 100,000 yuan (US$15,655) a year. But he still lives a plain life, being rustic in both clothing and food.”

He described Wei as an easy-going person who welcomes questions and curiosity.

“I attended a speech of his at one time. I found that he looked different from his everyday life. On the stage, he was assertive and in high spirits,” said Xiao.

He also has some eccentric habits, according to Xiao.

According to Wei‘s cousin, Wei Jingzhou, Wei lives a frugal life, does not use social media, does not like answering the phone and does not socialise, the Zhejiang Daily reported.

Wei grew up in Jinan, Shandong. His father, who passed away several years ago, was also a mathematics professor at Shandong Architecture University, while his mother is an English teacher at the same university.

Wei’s home is sparsely furnished due to his strong minimalist and environmental outlook. carrying bottled water and steamed buns is a “normal situation” for him, said Wei Jingzhou, the newspaper reported.

“We asked him and he said his living cost in Beijing is no more than 300 yuan (US$47) per month. But actually, he is not short of money,” said Wei Jingzhou.

“He loves listening to the radio and the thing he likes most is solving maths problems. He will be thrilled if you talk with him about maths.

“In the Peking University campus, nearly no one does not recognise him, but he never interacts with others. He has won myriad awards but that’s unknown by ordinary people. He just throws these award certificates down randomly at home. He does not care about fame or wealth at all,” said the cousin.

Zhang Yonghua, Wei Dongyi’s maths teacher at high school, said some people thought Wei looked like an “idiot” because they could not understand him.

“If you understand him, you will agree that he is a genius,” Zhang told Shandong Business News. “If he can focus on his research, I am sure he will make a discovery in five or six years to stun the world. I have a deep understanding of him.”

Wei’s mother, whose name was not released, said Wei won many maths championships because he loves the subject so much.

“He is basically an ordinary kid,” the mother told Shandong Business News. “He has a lot of weak points in both study and life. For example, his scores in Chinese and English are low.”

Chinese social media has been flooded with comments praising Wei.

“This kind of once-in-a-generation genius immerses himself in his own world. We will never get his joy. He does not need to care about other people’s opinion of him and does not need the so-called EQ (emotion quotient),” wrote one person on Weibo.

“I only have worship for him. How could there be any prejudice?” another user said.