Guangzhou or Canton (广州) , the capital of Guangdong Province, is the third largest city in China after Beijing and Shanghai with a population of more than 12 million. Founded in 214 BC, the city has been a springboard for trading, cultural exchanges, many revolutions and reforms, making it an unavoidable stopover to understand what shapes the modern China.

Guangzhou's isolation from the rest of 'typical China' by mountainous topography and early exposure to the outside world has resulted in its unique way of lifestyle, liberal ideas, distinctive cuisine and tremendous wealth. It is no surprise that Guangzhou is a cradle of many reforms and revolutions that changed the fate of China forever. Today Guangzhou still unveils many republic-era sights that help travelers understand modern Chinese history.

Founded in 214 BC, this capital of the richest province is always a mix of new and old. It not only boasts some of the oldest temples in China, a millenarian-old park, an imperial tomb of a southern kingdom and complete preservation of colonial villas and church on Shamian, but it also serves as a showcase of futuristic architectures and autopilot metro on Zhujiang New Town.

Despite its vibrant sight-seeing resources, travelers usually come to Guangzhou to shop and eat. Guangzhou accommodates countless huge markets specializing in almost any made-in-china products, including Chinese tea, herbs, garments, watches, electronics and toys. You will be appalled to see the real prices of those China-made products and the profit your local shops earn by selling them.

Food is the centerpiece of life and Guangzhou has the country's largest number of restaurants per capita, which is the birthplace of what you call 'Chinese food' (Cantonese food) in the west. Here you can grab the authentic taste of sweet & sour pork, wonton soup and dim-sum. Few travelers can leave the city hungry.

As busy as it sounds, you can easily escape the crowd. Just head to surrounding villages, in which some of them date back to the Song Dynasty (960-1279AD). Bird watching in Nansha Wetland, a 200-hectare stopover for migrant birds from as far as Seriba, can easily make for a peaceful day.

Guangzhou is divided into ten districts. Among them, Yuexiu and Liwan, the cradle for the Cantonese culture, has been the city center since the imperial era. Tianhe, which was a farming village decades ago, has been constructed into a new business center with some biggest shopping malls and highest skyscrapers in the city.

For travelers, the most useful road is Zhongshan Road, a 9 KM long highway horizontally cutting through the downtown of Guangzhou. The highway is divided into 8 sections. From Zhongshan 6 Road (中山六路）to Zhongshan 8 Road (中山八路) it covers around 80% tourist attractions and all famous restaurants. This area is well connected by Metro Line 1 from Changshou Lu (長壽路), Chen Clan Academy (陈家祠), Ximenkou(西门口） to Gongyuanqian (公园前).

Formerly known as Canton in the West, the city of Guangzhou has a history dating back roughly 2,200 years.

The symbol of Guangzhou -- the five Rams

A legend tells of five celestial beings riding into the area that is now Guangzhou on five rams carrying sheaves of rice. The celestials bestowed blessings on the land and offered the sheaves to the people of the city as a symbol of prosperity and abundance. After the celestials left, the rams turned into stone, and Guangzhou quickly developed into an affluent and influential city. Due to this legend, Guangzhou has gained several popular nicknames: Yangcheng (羊城; City of Rams), Suicheng (穗城; Sheaves of Rice City) and Wuyangcheng (五羊城; City of Five Rams). In addition, due to the abundance of flowers along the city's main thoroughfares, Guangzhou is often referred to as Huacheng (花城; City of Flowers).

According to historical records, the city was built in 214BC and was known as Panyu (番禺). The name Guangzhou actually referred to the prefecture in which Panyu was located. As the city grew, the name Guangzhou was adopted for the city itself.

As a major sea port, Guangzhou's history is full of color. In 786 the city was sacked by the Persians and in 1711 the British East India Company established a trading post here. In 1757, the government designated the city as the only port allowed business transactions with foreign nations. This continued until 1842, the signing of the Treaty of Nanking, when four other ports were added. Losing the exclusive privilege pushed Guangzhou to become more industrialized later.

Guangzhou was also part of the so called "Maritime Silk Road" that linked southern China with India, South-East Asia, the Middle East, and Africa. As a result of its links with the Middle East, a mosque was established in the city in 627, and a small Muslim community continues to live in Guangzhou to this day. Additionally, the sixth patriarch of Zen Buddhism was born in Guangzhou and taught the famous Platform Sutra in the city. As a result, Guangzhou has retained a strong connection with this school of Buddhism, and the monastery where the sixth patriarch studied is considered a local treasure. The first Protestant missionary in China, Robert Morrison, entered Guangzhou in 1807.

Guangzhou has a humid subtropical climate, influenced by the East Asian Monsoon, with plenty of rainfall throughout the year, measuring 1.736mm on average. Extremes have ranged from 0°C (32°F) to 39°C (102°F). Winters are mild with the average temperature in January being 13.9°C (57°F). Cold weather is virtually unknown in Guanghzou since the cold air masses originating in Siberia don't make it this far south and are blocked by the mountains in the north. Small portions of them however, may manage to penetrate through the moountains and reach the city, pushing low temperatures down to 5°C (41°F), but very rarely below, although due to the strong cold winds and humid weather, it does feel very chilly, while Snowfall is extremely rare, with the last occurence being in 24th January 2016, 87 years after the previous one. Summers, like the rest of southern China are hot and very humid. The heat is sweltering, due to the fact that the average high temperature in July is 32°C (90°F) and the average humidity is 82%, making the atmosphere very unpleasant. Daytime highs may surpass 35°C (95°F) up on occasion. October and November are inarguably the best months to visit Guanghzou and most of rain falls between April and September. 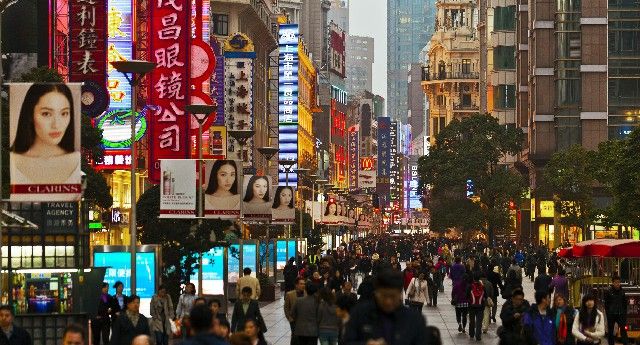 What University Majors are Popular in China This Year?