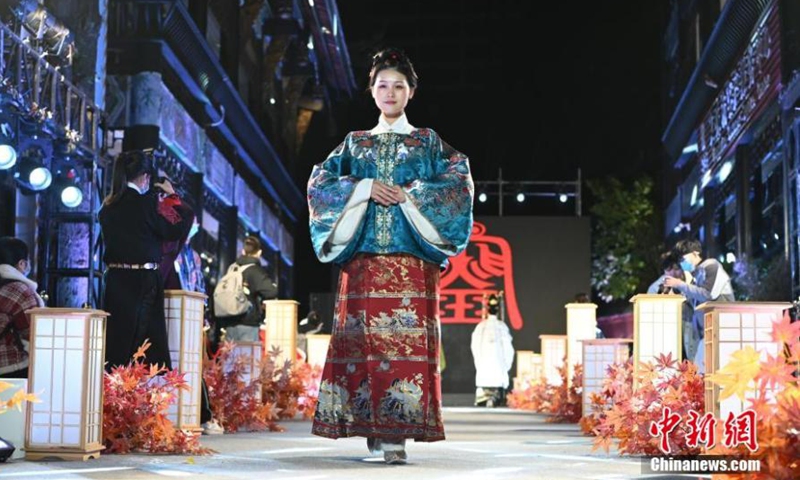 The hashtag Chinese street fashion has so far earned 1.2 billion views on TikTok, while the topic of hanfu has more than 300 million views. The beautifully crafted traditional costumes have deeply attracted many people overseas, who took to social media platforms to ask where they could buy quality hanfu, and many showed a strong interest in joining in the hanfu trend on TikTok.

In the hit videos, some bloggers wearing hanfu act out short funny scenes and then introduce the cosmetics and clothing from China's various dynasties.

Tangyuanjiejie, a hanfu blogger, told the Global Times on Sunday that most of her videos featuring hanfu on Douyin, the Chinese version of TikTok, have been moved to TikTok. She said that she is very glad that hanfu is making waves abroad.

"I have been working to popularize hanfu for more than nine years, and plan to organize some activities abroad to promote the cultural elements behind hanfu for foreign fans," she said.

In 2008, a short video of Tangyuanjiejie dressed in Tang Dynasty (618-907) clothing eating tangyuan, a sweet traditional Chinese snack, went viral on Chinese social media. The snaptshot also made it to the homepage of an internet forum in the US.

Chen Ningxi, a hanfu blogger who has 150,000 followers on Douyin, told the Global Times on Sunday that hanfu has become a symbol of Chinese traditional culture and China's cultural confidence.

"I can personally feel the rise of Chinese culture. More people, especially young people, are joining in the trend of Chinese traditional culture. I even see people wearing hanfu in a small valley in my hometown in South China's Guangxi Zhuang Autonomous Region," said Chen. 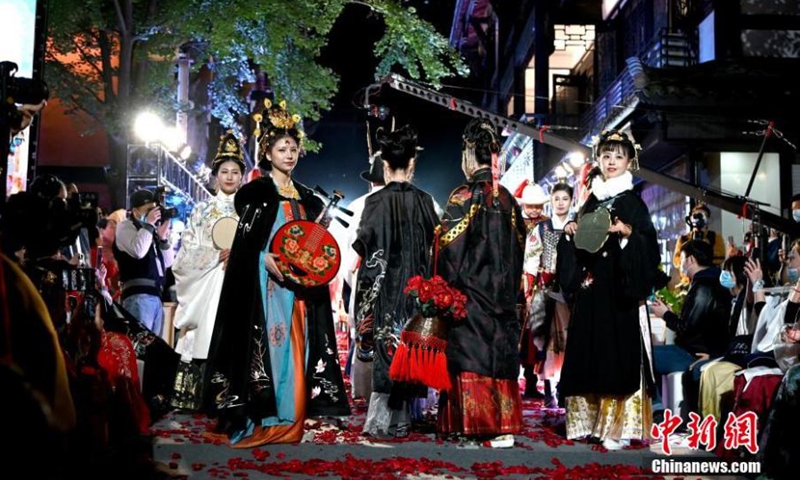 Besides street fashion, some videos about hanfu fashion shows, including one that debuted during 2021's Shanghai Fashion Week, have also gone viral online.

"In the future, fashion shows about hanfu will be a feast for models with various body shapes and ages and both skinny and plump people can show their beauty by wearing hanfu," said Chen.

"From Chinese cultural blogger Li Ziqi to TikTok's hanfu, these trends have become so popular overseas because the various and exquisite fashions are very fresh to audiences overseas. The bloggers help reveal the mysterious East to foreign audiences," Zhang Yiwu, a professor of cultural studies at Peking University, told the Global Times on Sunday.

Chinese Gift-Giving: What Not to Buy